we’re back from the bay area! for this special weekend, we went up north to see the lions vs. niners game in san francisco with a few friends. road trip? norcal? friends? 2 days of eating and drinking? detroit vs sf? best weekend ever?! first stop (literally first stop after a 5.5 hour drive, which started at 2:30am) was 900 grayson in oakland/berkeley. kyle and i fell in love with this place last time we visited the bay (thank you stell and p for introducing us) and have been talking about it non-stop since then. SO we decided to spread the love to LB and B. 8am. we were the first few people to get there. this place is normally packed with an average wait of 30 -60 minutes for a group. 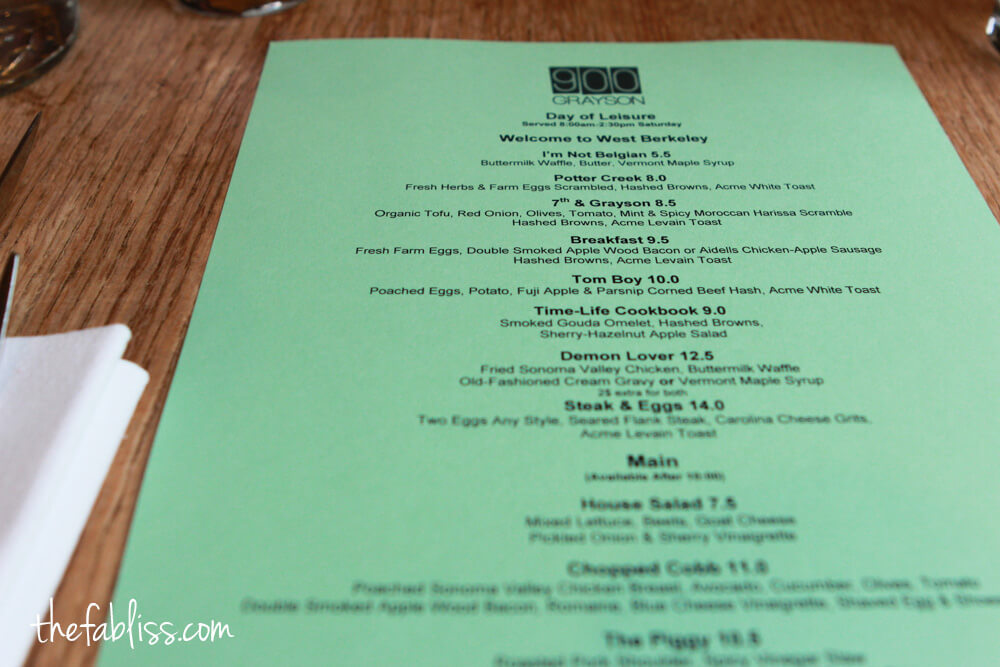 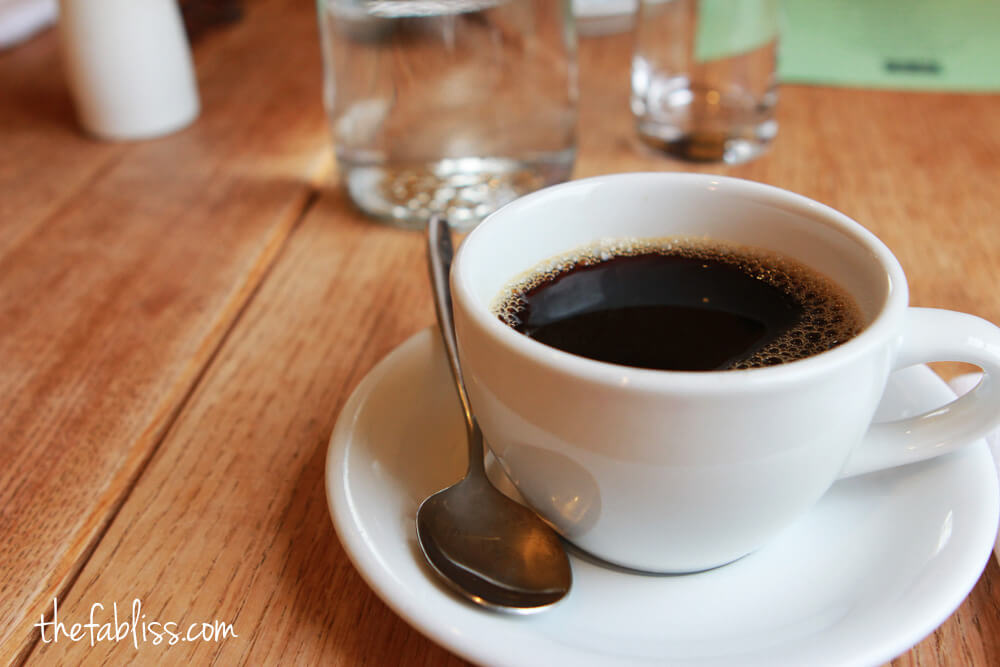 we ordered the “demon lover” – fried chicken on top of a delicious waffle, topped with amazing gravy. the best chicken and waffles ever (and this is coming from a group of people from LA who have roscoe’s chicken and waffles). since we had a whole agenda planned with regards to food, we decided to split one order per two people. this was a mistake because we immediately wanted more. 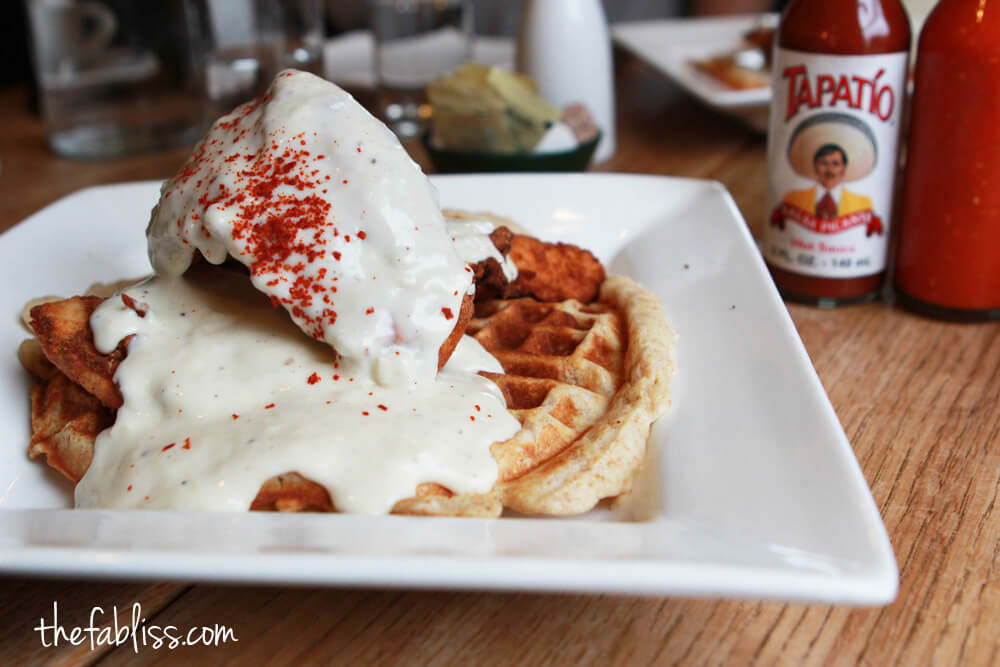 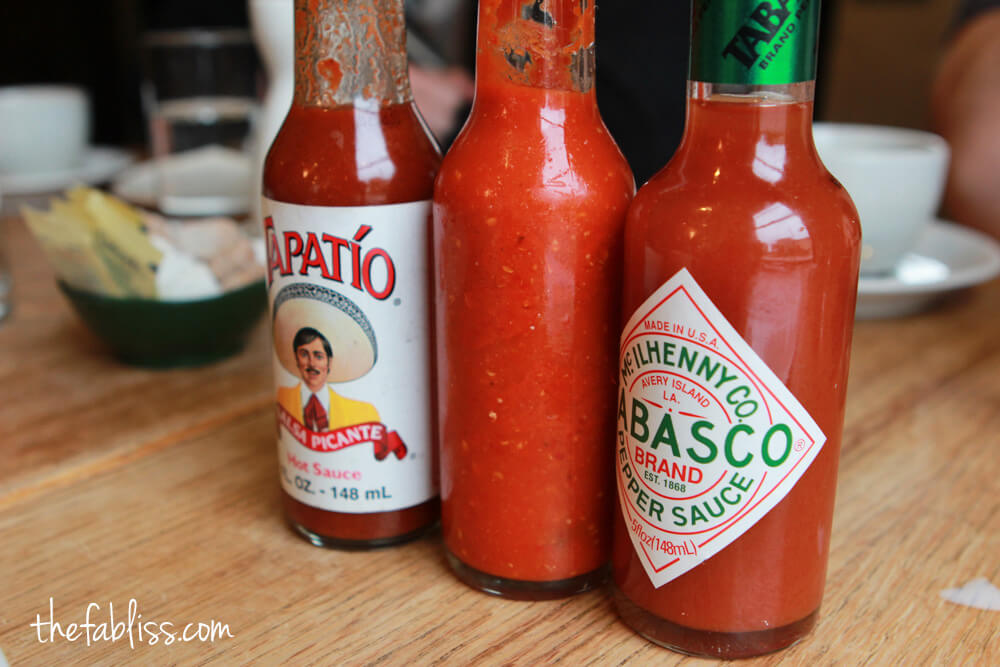 this is the dish i look forward to when i come to the bay and would highly recommend it. a few tips: (i) the restaurant’s policy is that they will not seat you if your whole party isnt present. (ii) expect long lines during the weekend (esp brunch)…but it is absolutely worth it. (iii) try their homemade hot sauce…its uber tasty! 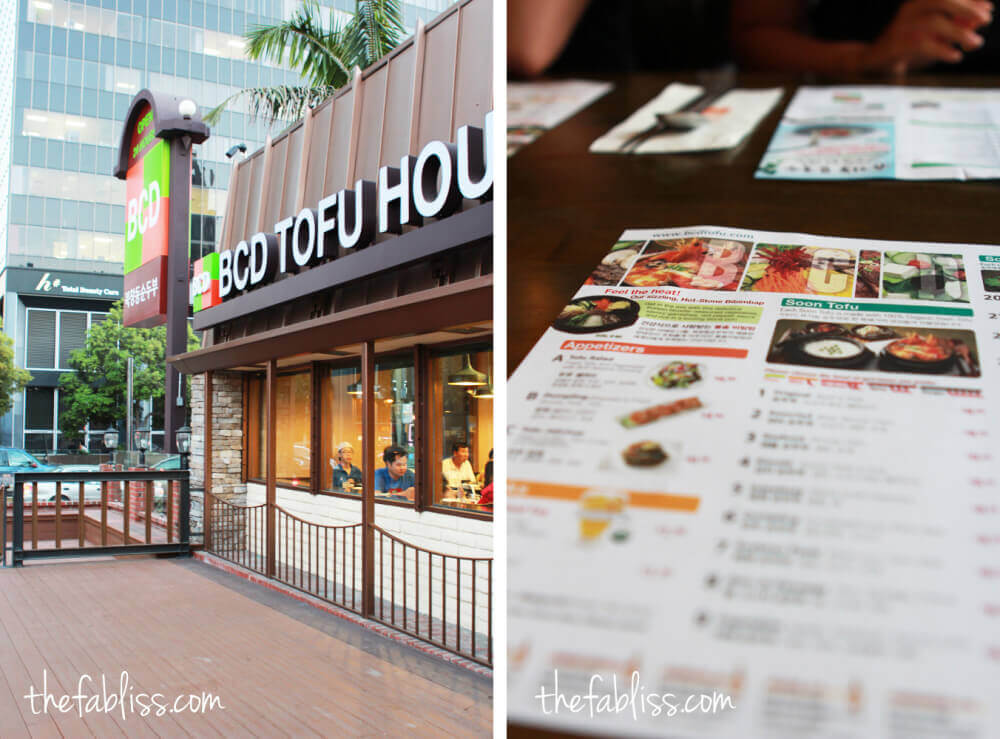 thursday night ktown adventure! this has been what we have done the past two weeks…i’m pretty much calling it our new tradition, replacing (temporarily) our hot dog thursdays! thanks to e & c, we went to BCD tofu house (did you know that in korean, “tofu” is pronounced “dooboo”?) anyway, we absolutely loved it at BCD. 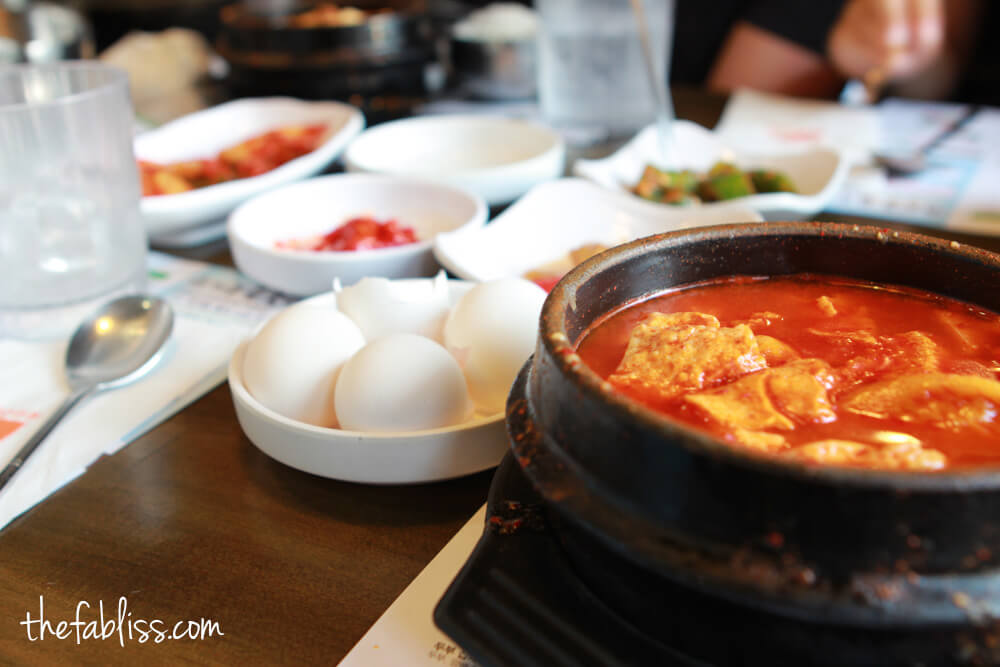 food: banchan – great as always. my favorite is the fish cake! kimchi was also delicious and garlic-y. some other side dishes included pickles in water, a fish (one for everyone), raw squid, and kimchi-like peppers.

tofu soup (“soon tofu” or “soon doo-boo”) was awesome! if you have never been to a korean tofu house, they come in little (freaking hot-as-heck) clay pots! warning: if you get your soup spicy, you will not only be dealing with the scorching heat from the soup, but your mouth will also be on fire. expect some sweat and tears, my friend. here is what we ordered: 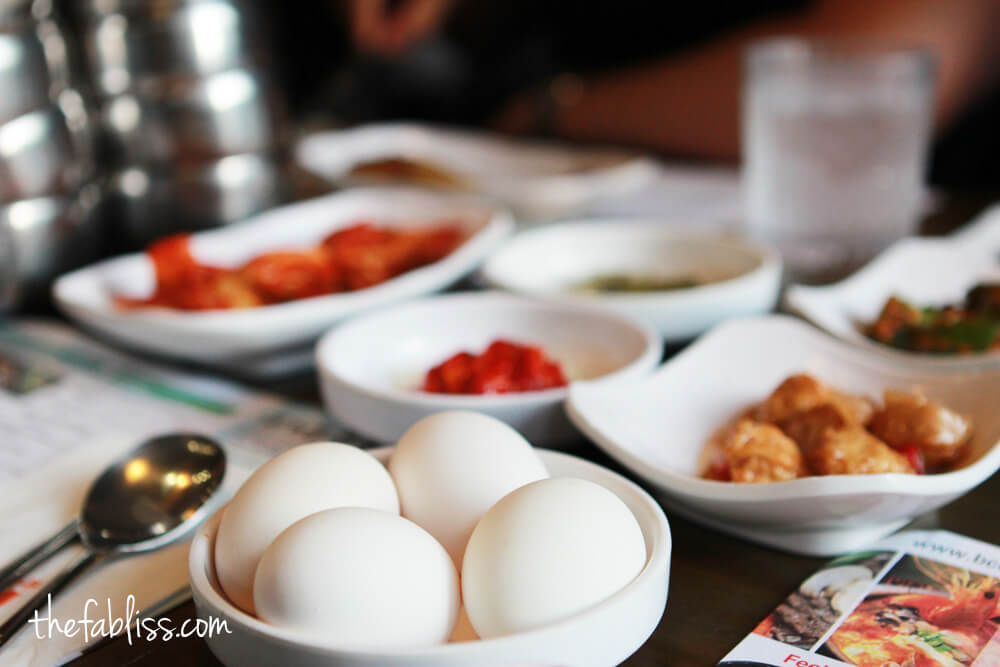 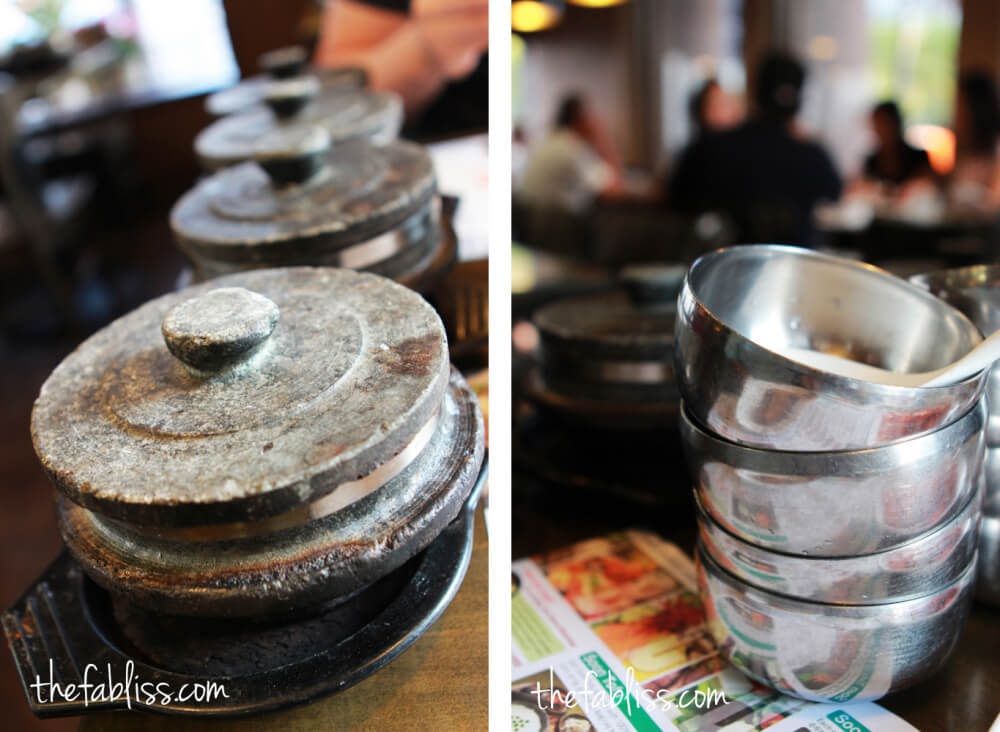 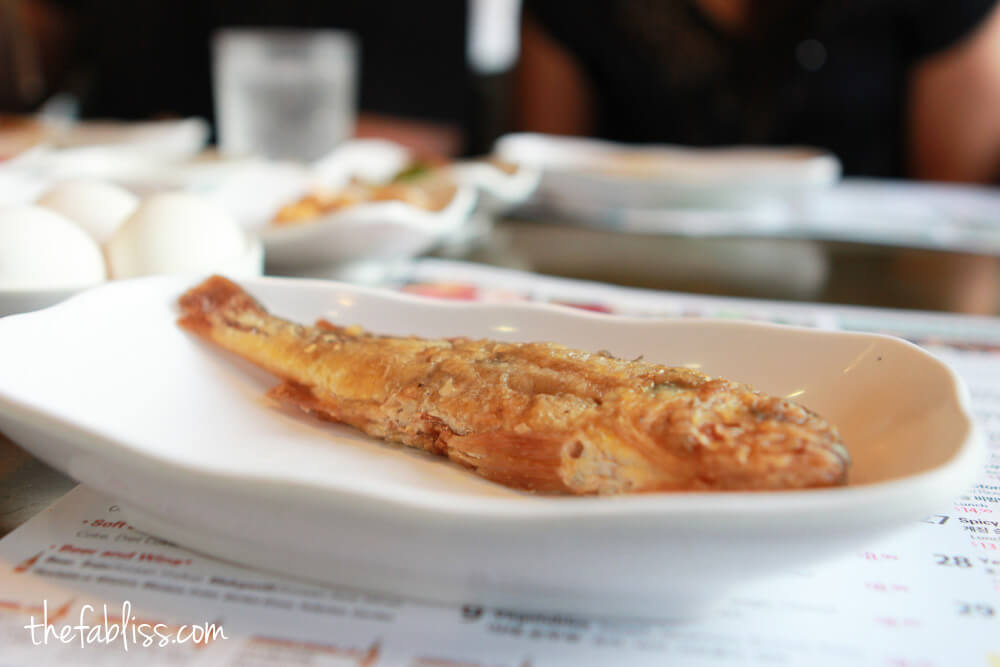 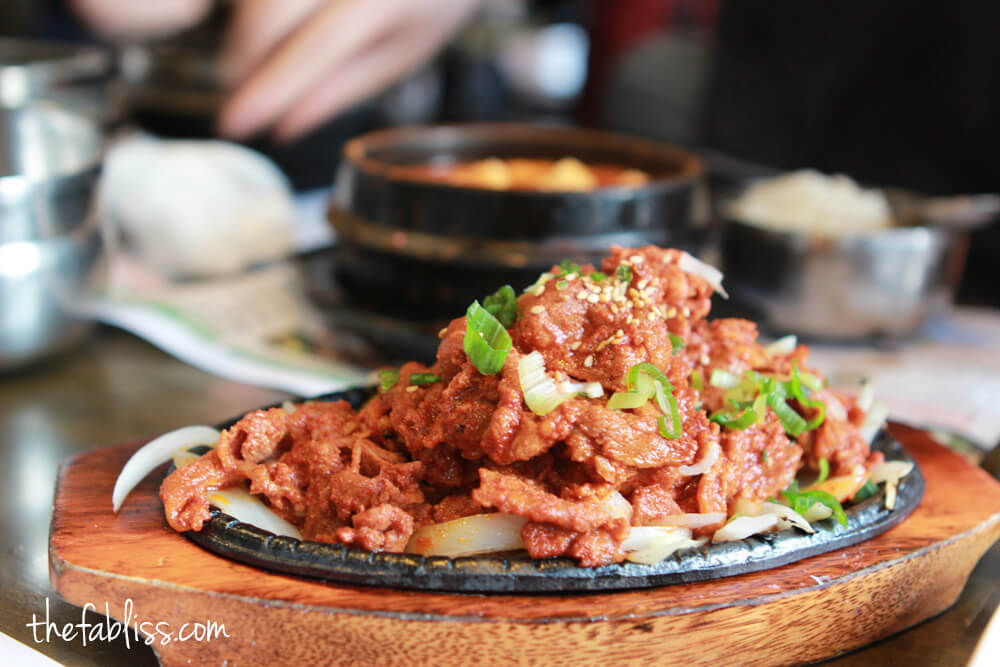 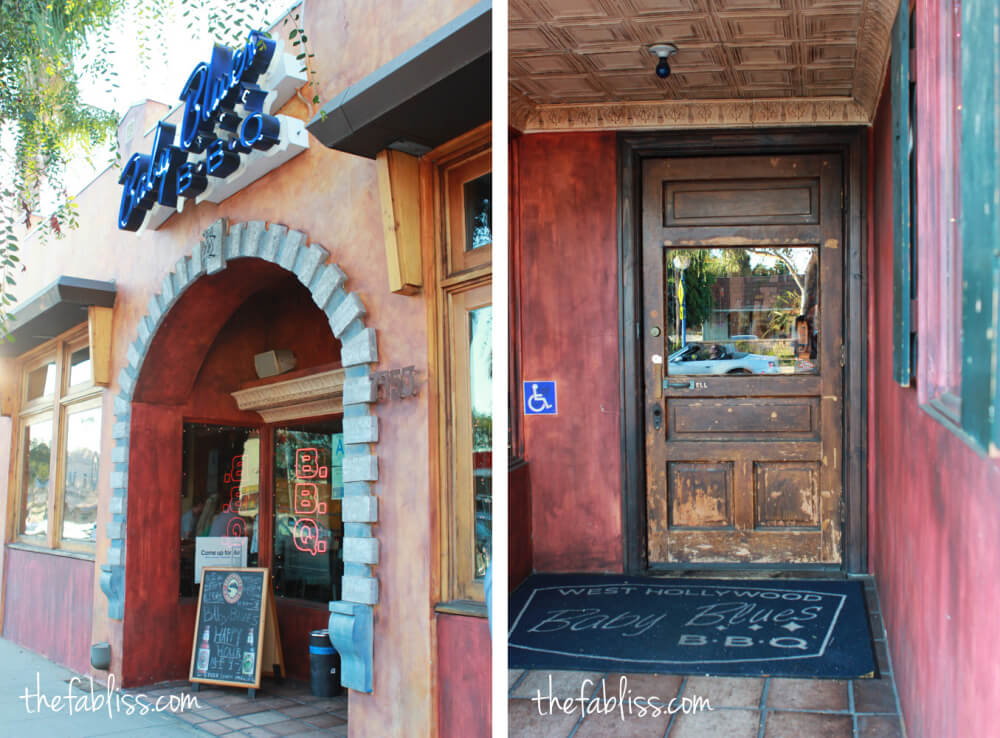 this is a series i wanted to call “hey, you have some bbq sauce on your face” however, i decided it was mean to post pictures of our friends as they chowed down on this bbq. 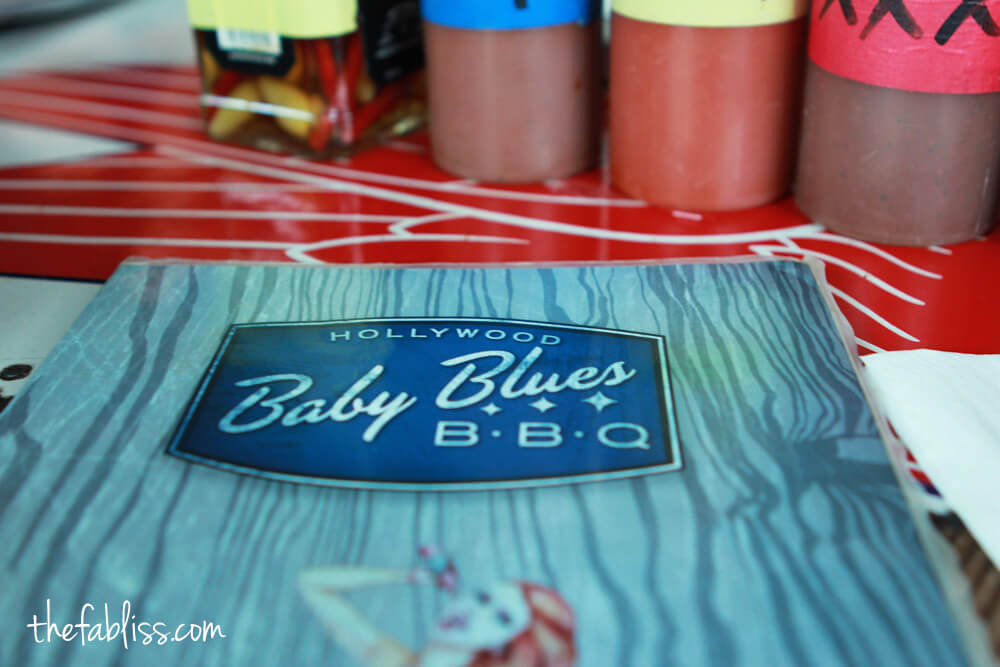 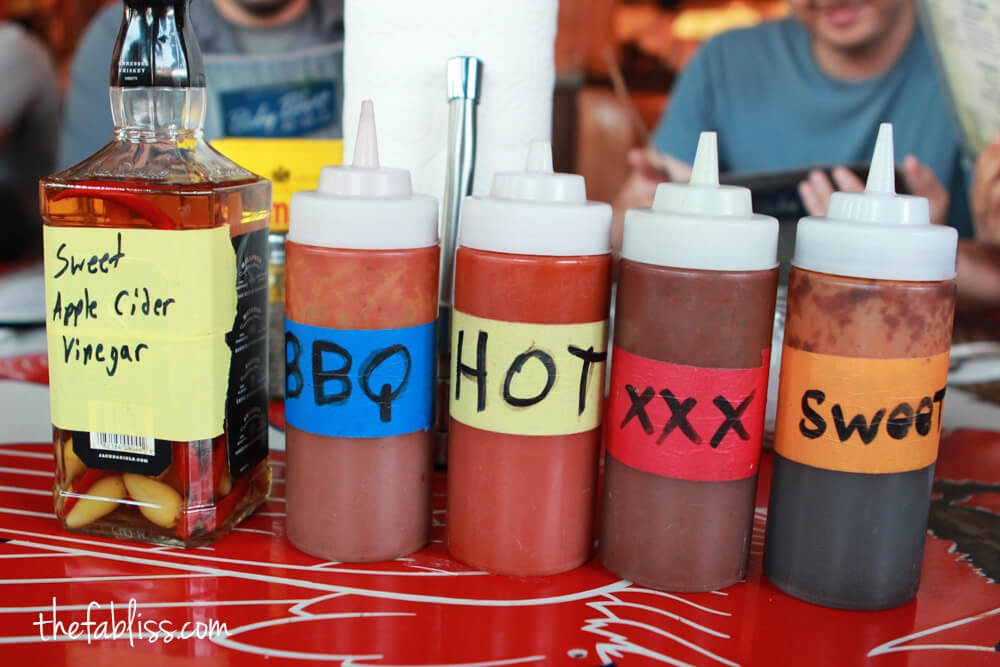 so we have been on this best bbq in los angeles hunt for the past few months. a month ago we went to gus’ in pasadena and to our disappointment, it was subpar. nothing was hot, the bbq sauce wasnt my favorite, the cornbread wasnt great and the ice cream had freezer burn. but that is a whole other story. we then decided to try baby blues bbq in hollywood since we have heard so much about it! we were reading all these reviews about the place prior to meeting up with friends so we were expecting long lines. to our surprise, we didn’t have to wait at all…and on a friday night! score! 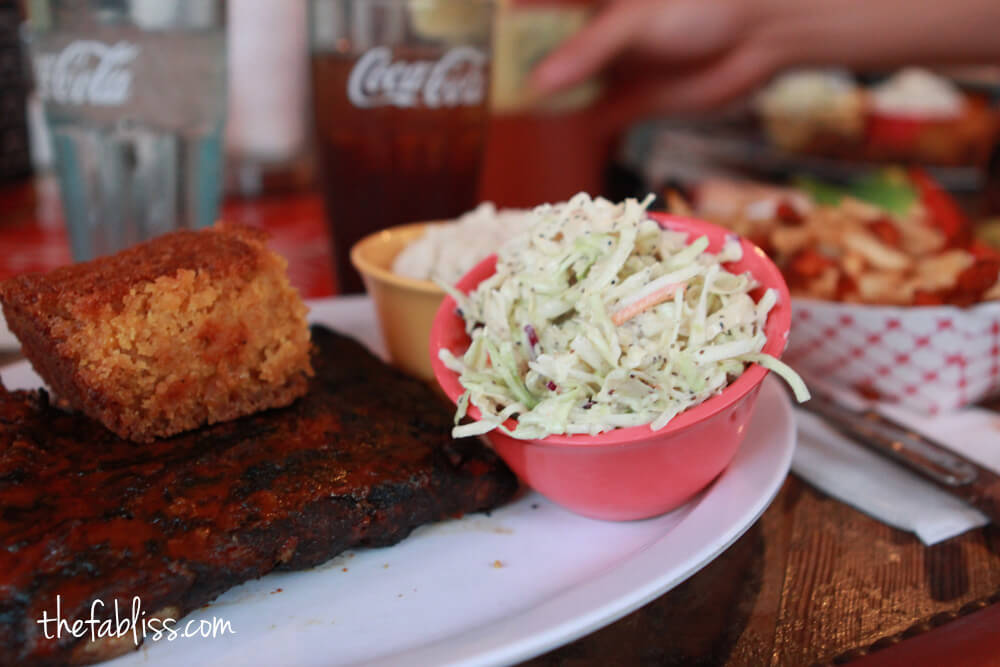 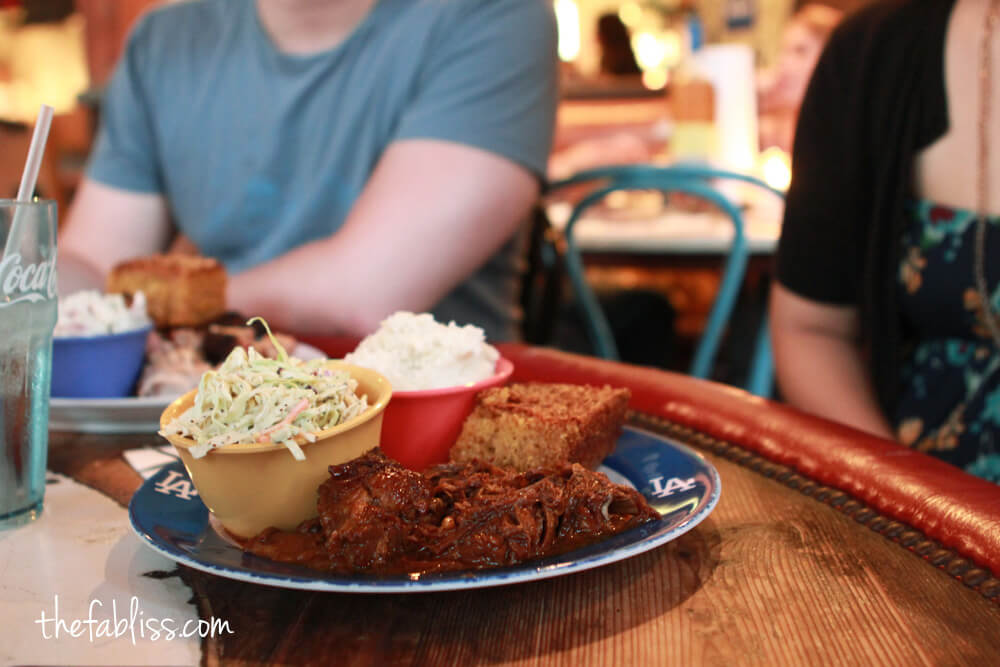 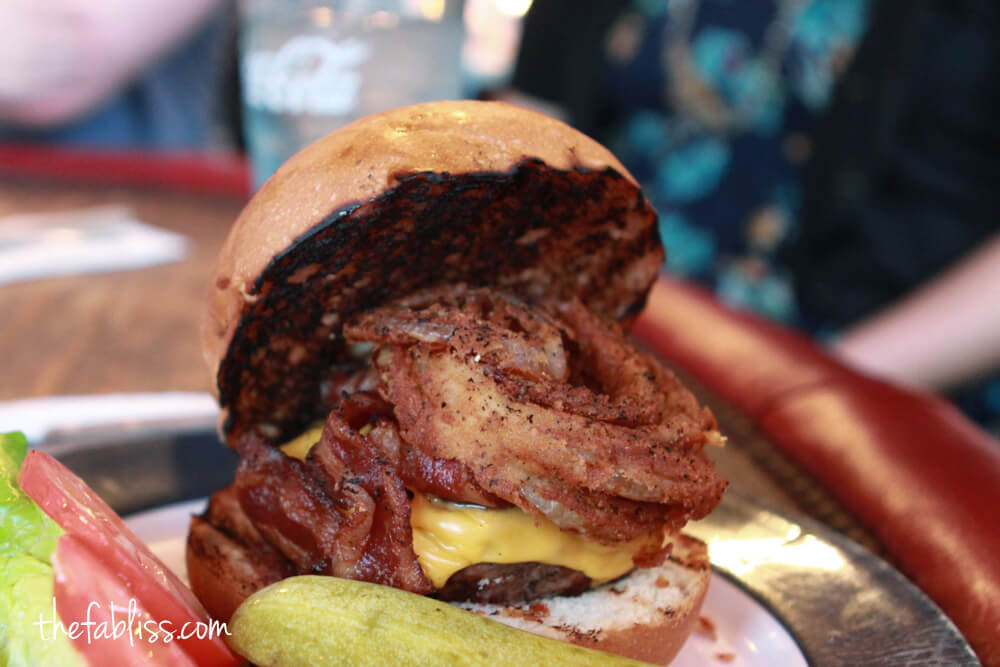 the food: the bbq was good…but i was expecting better? i did appreciate the variety of bbq to try. i’m a big fan of sweet bbq sauce and this one is pretty good. i had the pork ribs, which fell off the bone (which is love about ribs. i know that some people feel differently about this)…but something was missing. the sides were ehh. i wasnt a big fan of the coleslaw or the bread. sad, i know.

my husband had the burger (i know). he said it was okay. not the best he’s had but he didnt feel like ribs. everyone else generally enjoyed their meal.

would i go back? i’m on the fence about this one. the ambience is fun and loud…parking…not so fun. 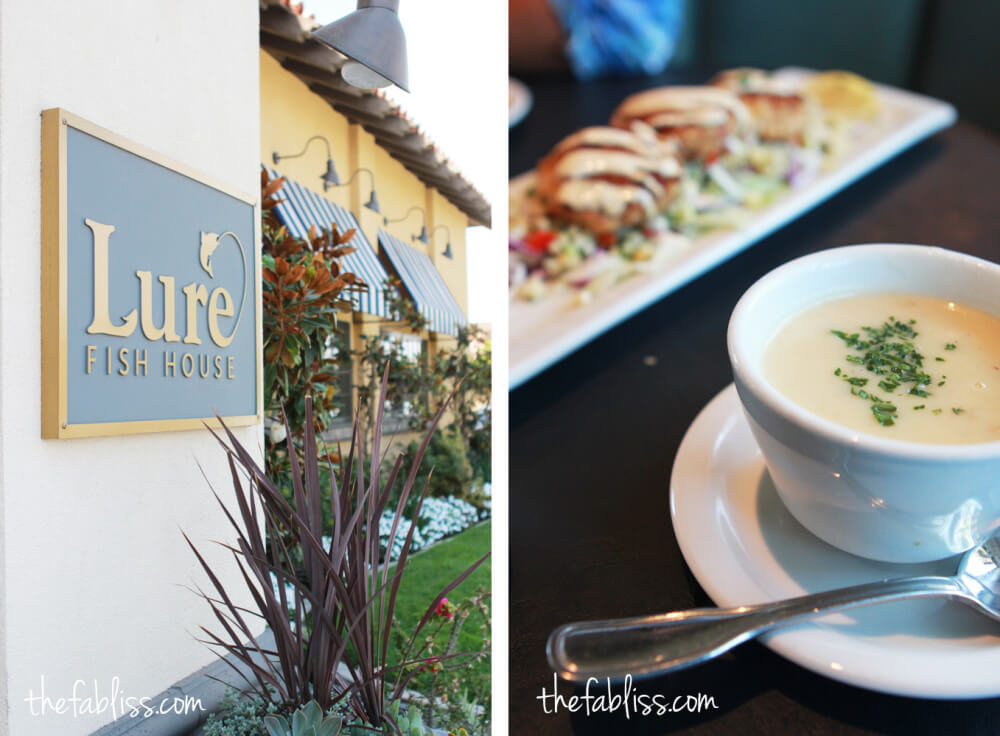 kyle found this gem of a place when he played golf with his pops a month ago. he had the fish and chips and fell in love…so we had to add it to our list of must eats! double plus is that it is near the camarillo outlets! we had the: 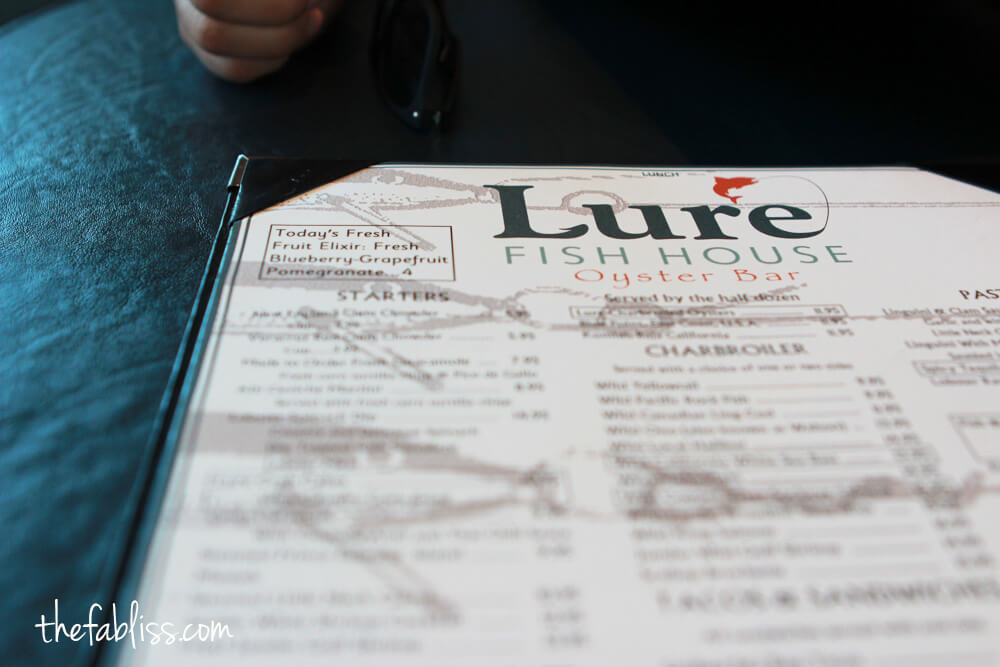 dinner with a friend after a long work week at take a bao.

food: this is my second time trying take a bao. the first time was right when they opened so they still had some kinks to figure out. this time, i actually really enjoyed it. we shared the burger bao (based on a recommendation from the cashier, which was actually pretty good). i got the chinese chicken salad (light) and my friend got the lemongrass grilled hanger steak with fries. my bill came out to $16. a little pricey but i didnt mind.

last time, all we got were baos. so it was pretty pricey ($4-5 for one) and we werent too full. that is definitely not the way to go. get a main dish and have a bao as an appetizer!

ambience: i love it here. modern and simple. it was packed at around 8pm but food comes out rather quickly.

i was scrambling to take pictures before the sun completely set. success! lighting was so good! have a good weekend!