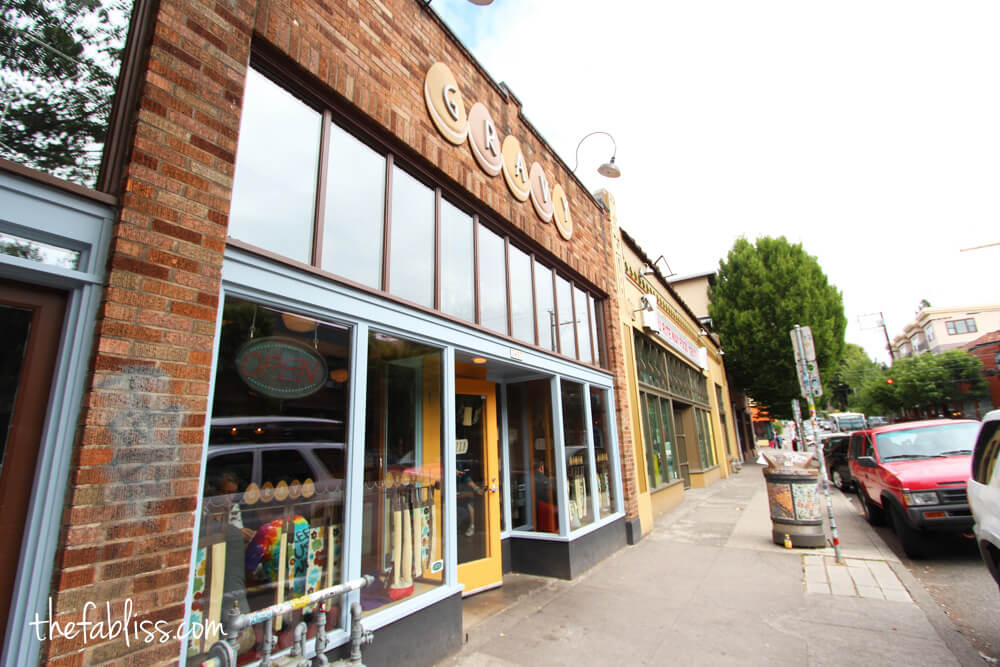 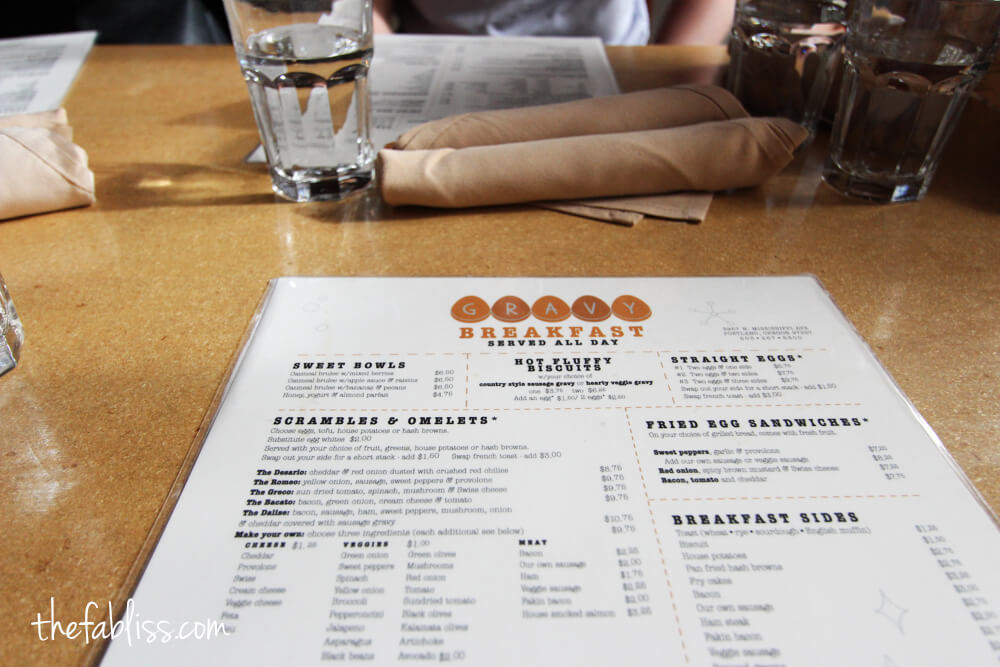 it was our last morning in portland, we had to go big. we decided to go to gravy for breakfast. i will just say that this was after kyle browsed the web for a solid hour for the perfect spot the night before. it was pretty much a done deal when he found out about their country fried steak and after he saw pictures of it. 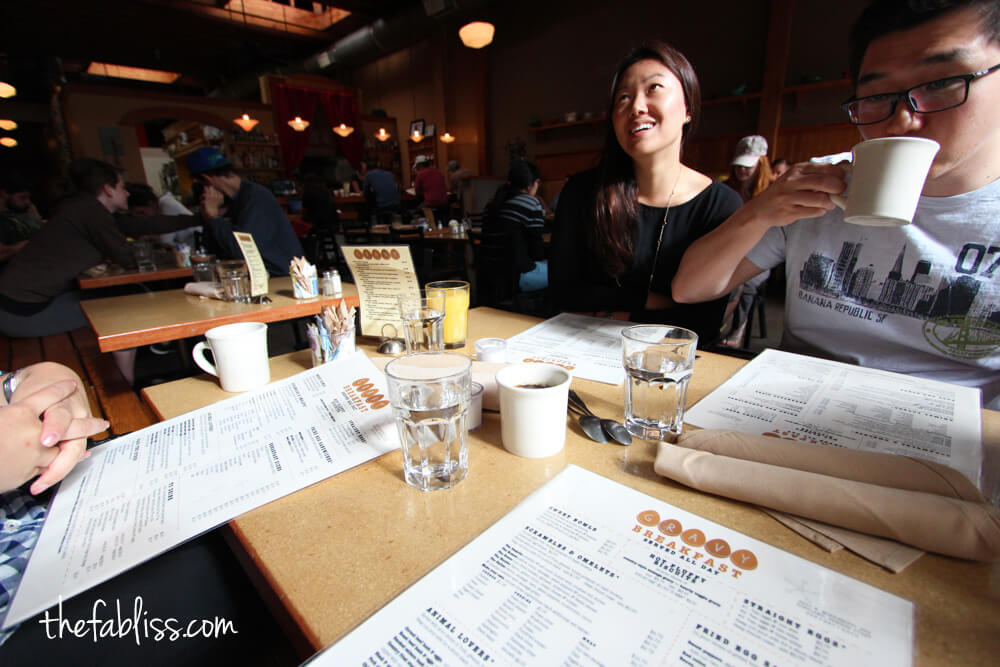 i wont lie. i was skeptical about this in the first place. who wants to feel that heavy right before getting on a flight? despite my reservations, i was outvoted since everyone seemed pretty psyched about these “gravy biscuits” they are famous for. 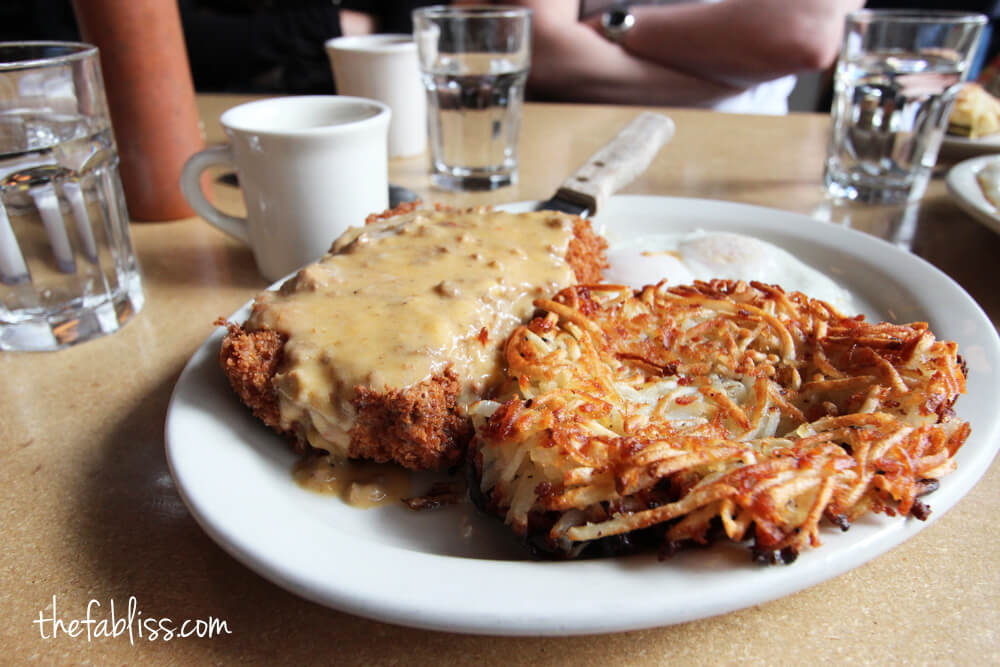 how proud are you right now? we ate eggs! 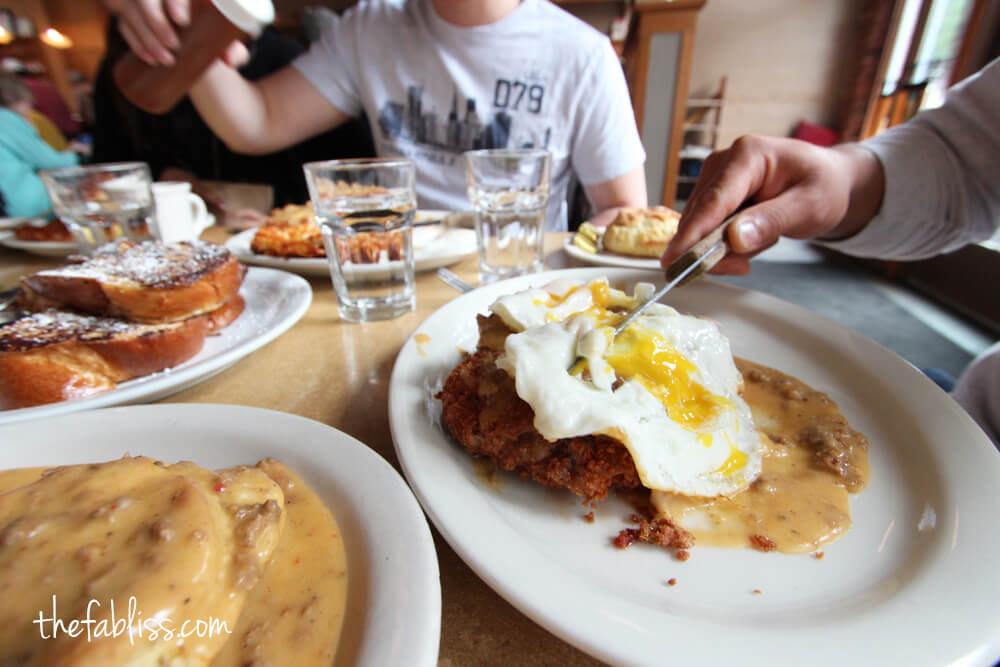 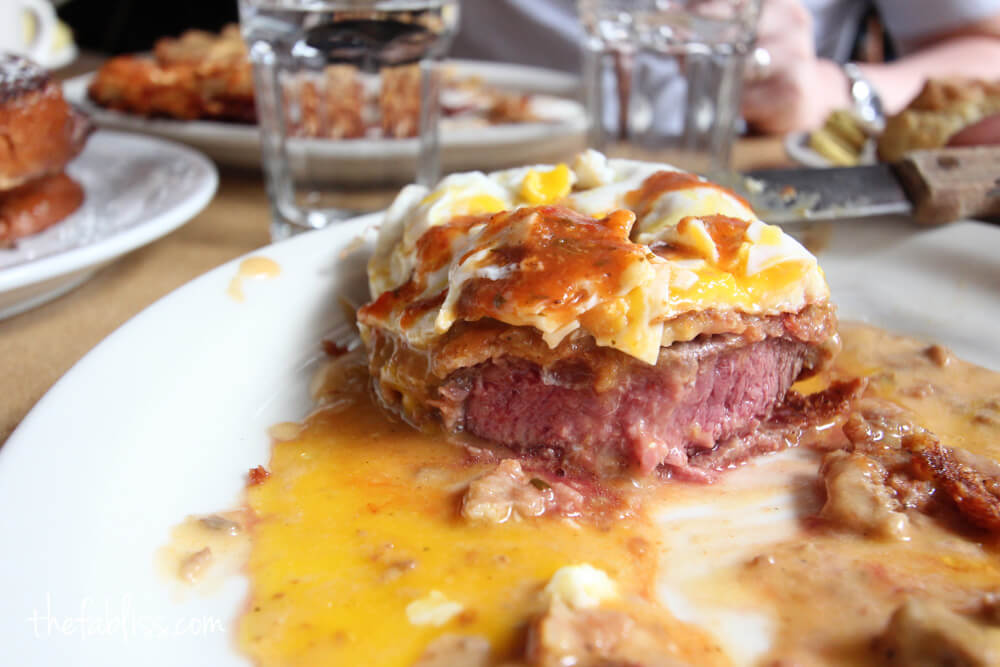 the french toast is also pretty awesome. since it was unexpected, it was an ever better surprise. crispy and soft at the same time.

(i’m not a huge french toast kinda person and i still found it good!) 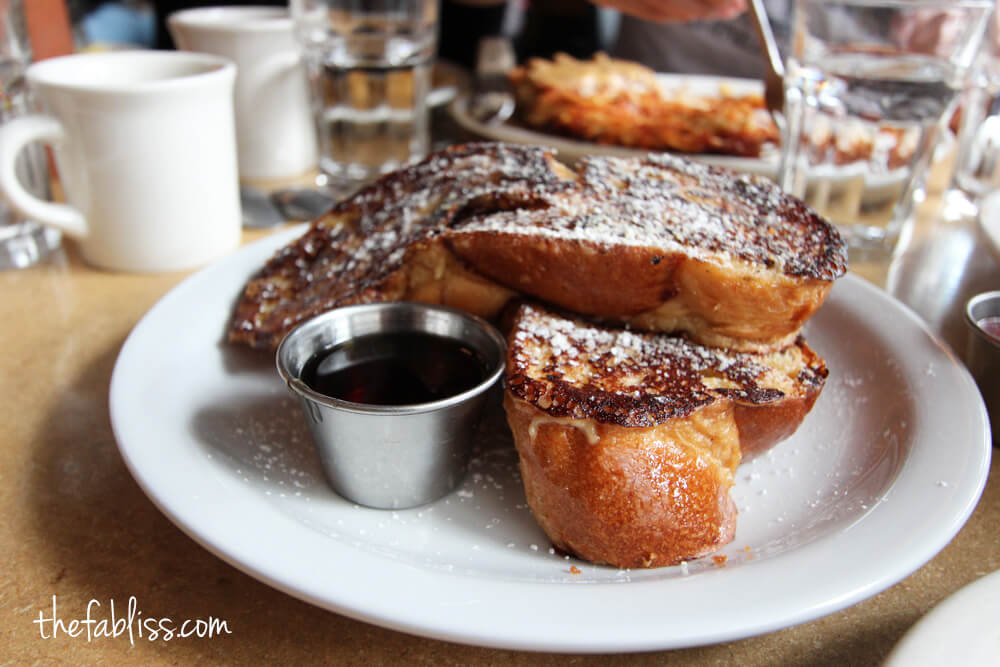 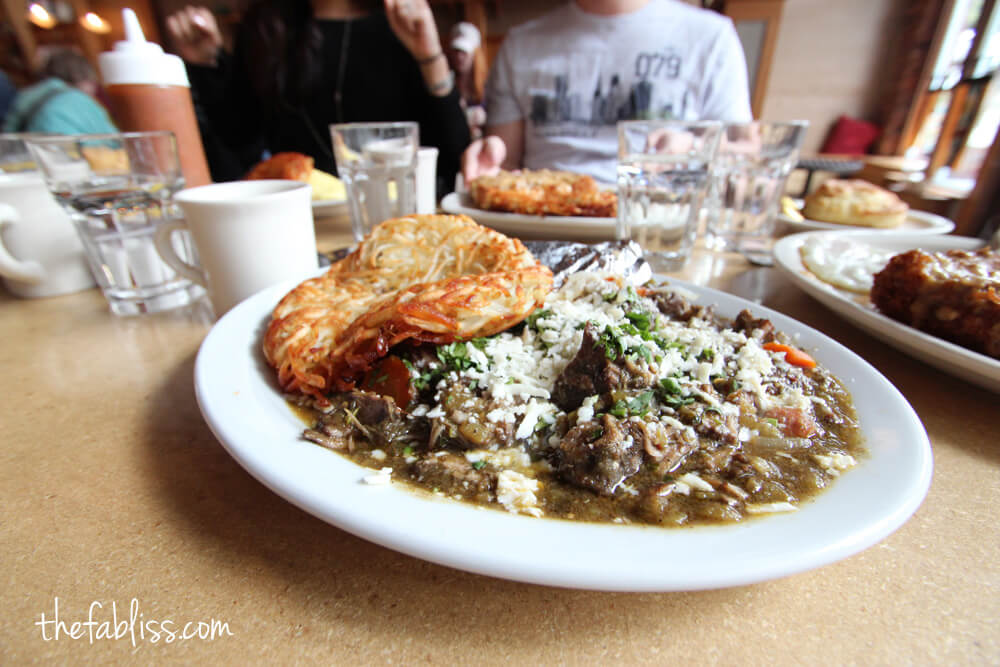 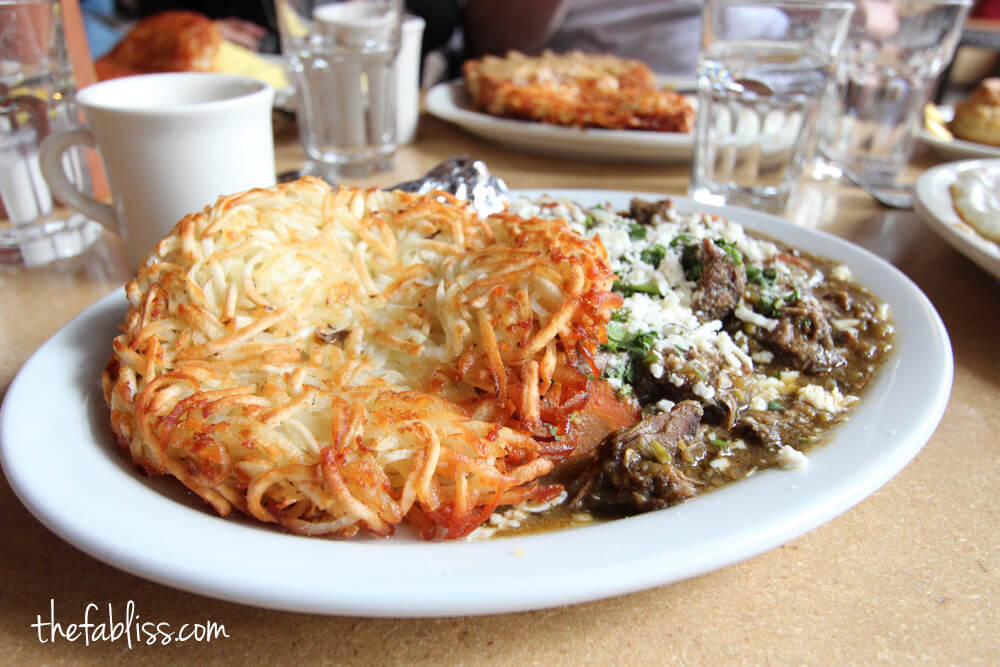 umm, does anyone want to point out how big the hash browns are?! they were good! freshly fried, hot and very crispy. just the way hash browns should be. this is served with a house made ketchup! pretty good in my opinion. on the sweeter side.

onto the meat of the review. the biscuits. the gravy. 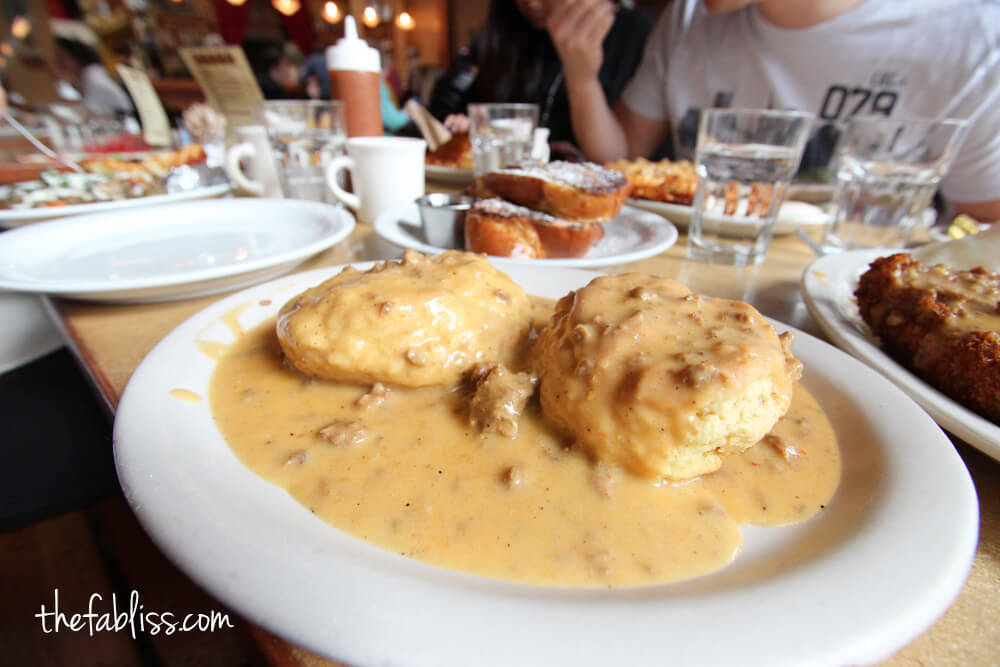 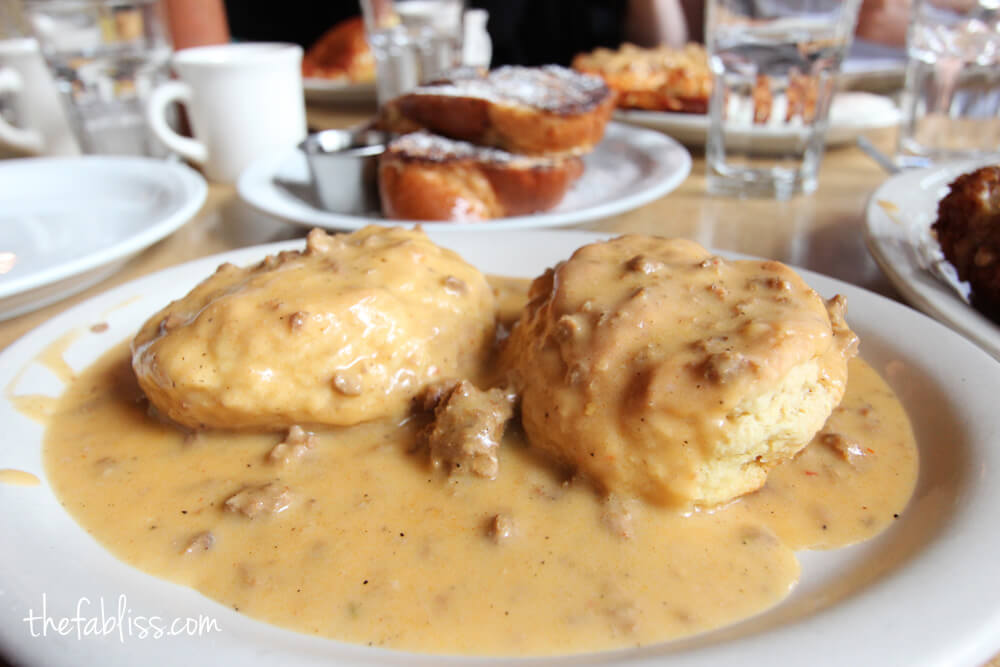 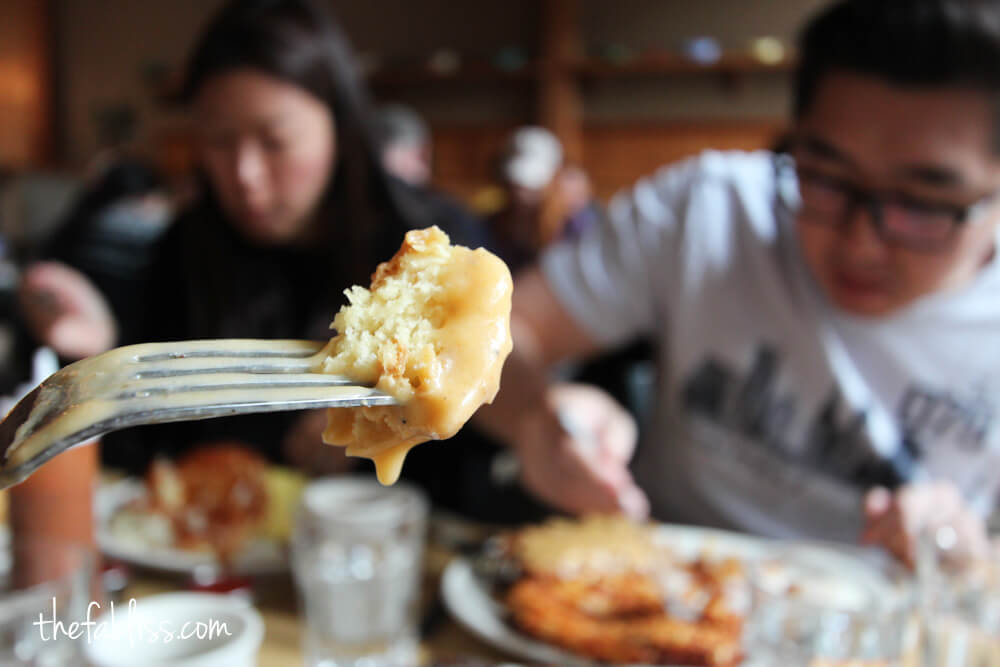 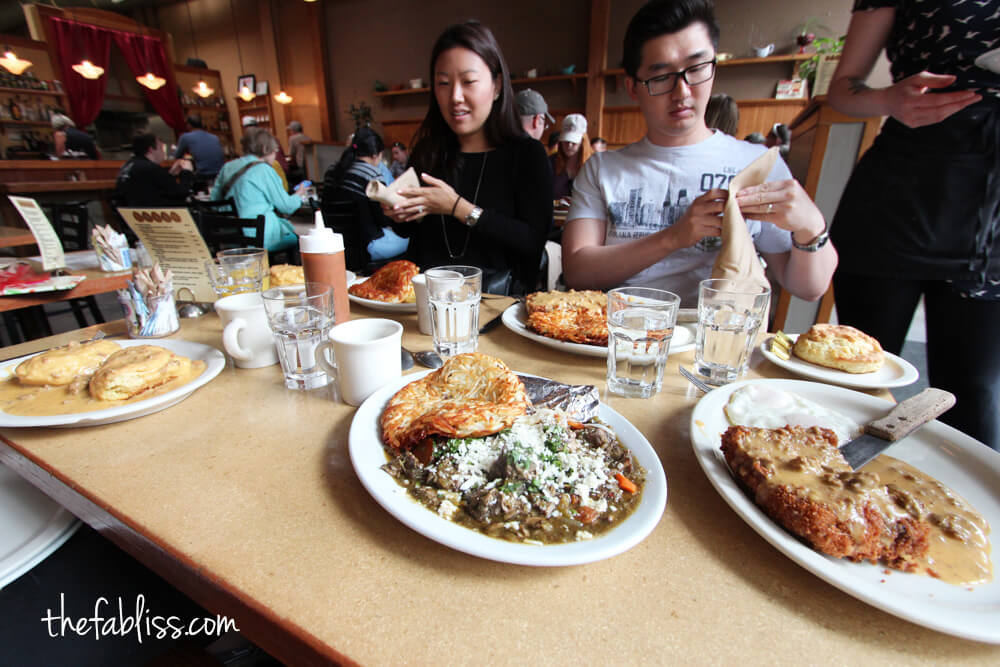